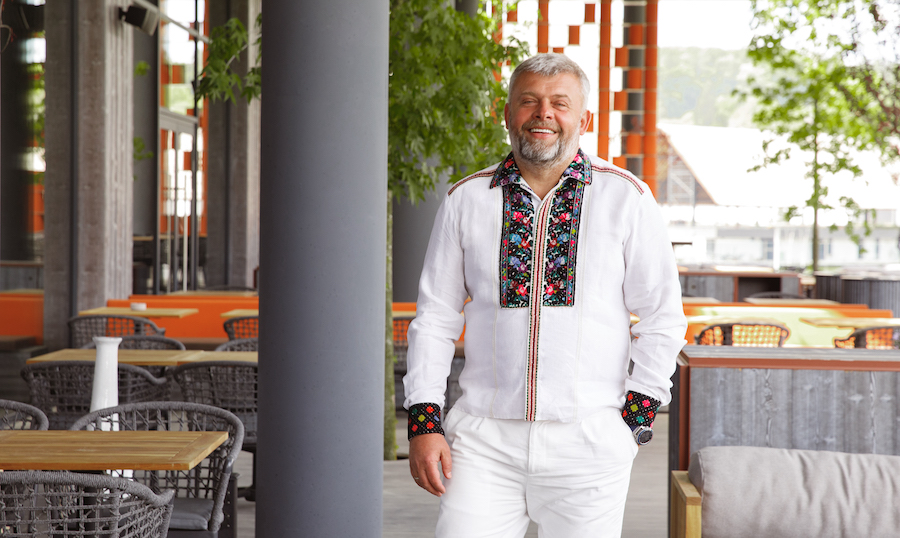 Hryhoriy Kozlovskyy is one of those who knows very well how big business survives during Russia's war with Ukraine. You can't buy that kind of experience for money. It's unlikely to be taught in business schools. No books have been written about it yet.

On the second day of the great war, on the air of NTA, he said that Putin left Ukrainians no choice. According to Hryhoriy, his grandmother fought in the war and he would become a weapon if necessary.

Now Hryhoriy Kozlovskyy is trying to keep not only his business, but also to help the army and those people who are fleeing from the war. He has awards from the Ministry of Defense of Ukraine, commanders of certain military units and the Church. Hryhoriy is fighting his own battle, a battle for the future of his country.

Ambition in Politics and Business

Have you seen many people in your life that came after university to the same enterprise and went the way from an ordinary employee to the director? It was so with Kozlovskyy. In 18 years he made his way from a specialist in customs clearance in APR "J. Reynalds Tobacco Lions" to the director of LLC "Vynnykivska tobacco factory".

Kozlovskyy himself, who has been a deputy of the Lviv city council three times, says that he has no political ambitions. He jokingly says that he has an agreement with his wife: he does not go to the parliament, and he does not sing at corporate parties (Yulia is a singer).

With the beginning of the war, Hryhoriy Kozlovskyy says, he had to stop the cigarette business. According to him, a lot of warehouses in eastern Ukraine were stolen. This is banal looting, says the businessman. At the same time, Hryhoriy says, he offered his former competitors in the tobacco business areas for production.

Despite the war, the businessman did not postpone the long-planned opening of a state-of-the-art medical center. In June 2022 he opened Emily Medical Center in Vynnyky.

Born February 1, 1971 in the village of Gorodyslavychi in the Lviv region. After graduating from high school entered the Lviv Institute of Trade and Economics.

In 1994 he received a degree in Accounting and Analysis of Economic Activities.

After that he worked for six years as an expert in customs clearance in J. Reynalds Tobacco Lviv. For four years, he was the commercial manager of LLC "Vynnykivska tobacco factory".

As Hryhoriy Kozlovskyy recalls himself, he, like most Ukrainians, was in a state of shock during the first days of the war. This, he says, lasted several days.

Then he began to actively help the army and those fleeing from the war in Western Ukraine. Kozlovskyy's restaurants began brewing for internally displaced Ukrainians, and a headquarters for the displaced was established on the basis of the "Rukh" soccer club.

In May 2022 Lieutenant General Pavel Tkachuk presented Kozlovskyy with the Badge of Honor on behalf of the Minister of Defense of Ukraine - for his assistance to the Armed Forces of Ukraine.

In 2022 Hryhoriy Kozlovskyy founded the Charitable Foundation "House of Mercy", which helps displaced people. Food, basic necessities are what the entrepreneur provides to those who lost their homes as a result of the war.

In April 2022 Mercy House helped the residents of Bucha, Irpen and Gostomel who suffered from Russian occupants.

Hryhoriy Kozlovskyy is a wealthy man. He has never concealed and does not hide his fortune.

Leases 7 plots of land in the village of Podberizka, Pustomytivka district.

Hryhoriy Kozlovskyy founded the "Svyatoslav" Folk Dance Ensemble (2010) and is its honorary president.

With the participation of the businessman in 2010 a monument to Ivan Ogienko was erected in Vynnyky, and in 2015 Hryhoriy Kozlovskyy became the author of the idea and patron of the creation of a book-album to the 660th anniversary of the first written mention of Vynnyky (publishing house "Apriori").

The businessman dreams of winning the Champions League of the soccer club "Rukh". And also - about the fact that the main staff of the club was formed from the pupils of the youth soccer academy, which he founded.

Awards for helping the army, the church and volunteering

Over the past six years, Hryhoriy Kozlovskyy has received awards from the Ministry of Defense, the president, the Orthodox Church of Ukraine, individual brigades and battalions fighting in eastern Ukraine. 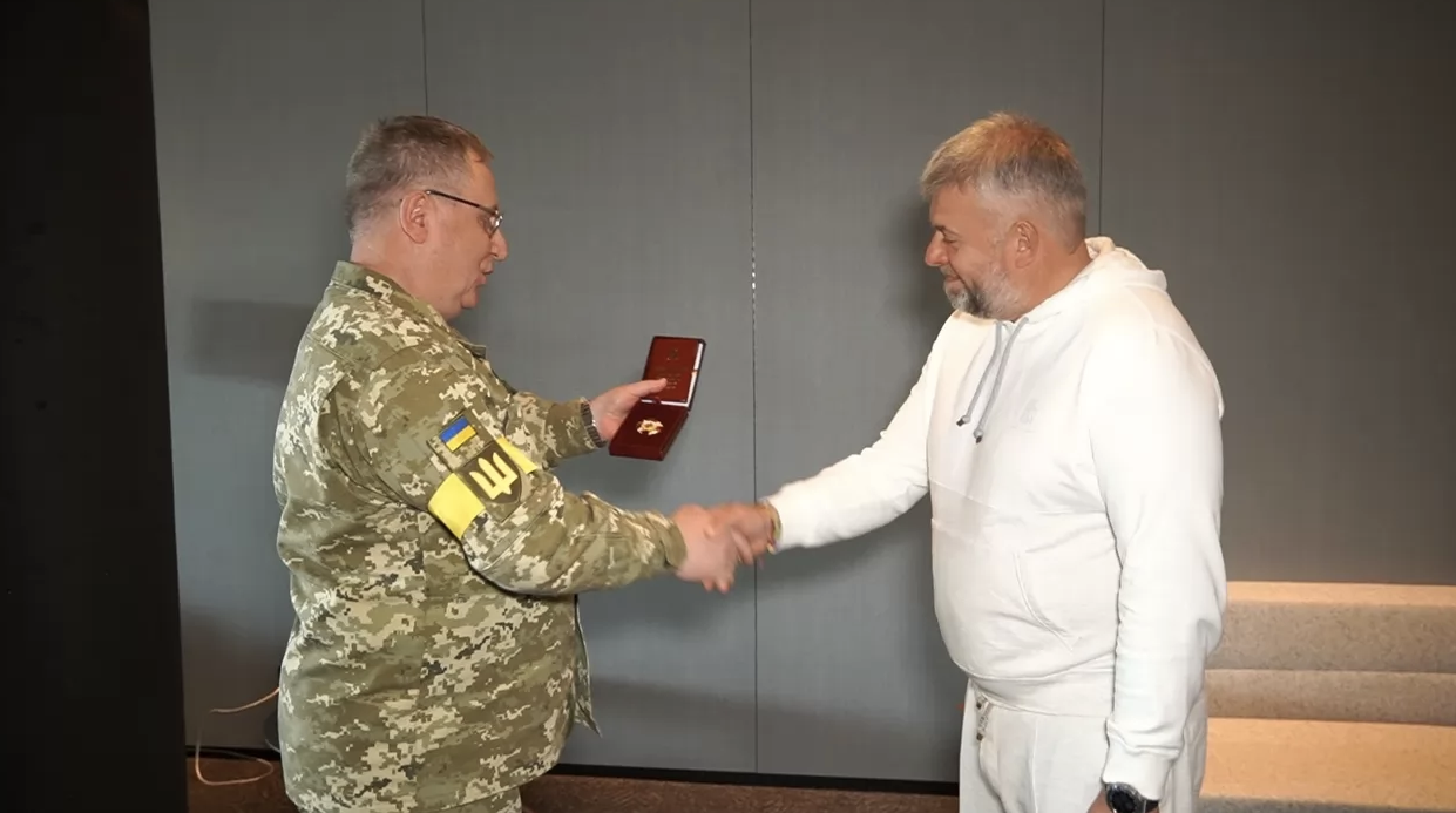 In 2018, he got engaged to Yulia Dumanskaya. 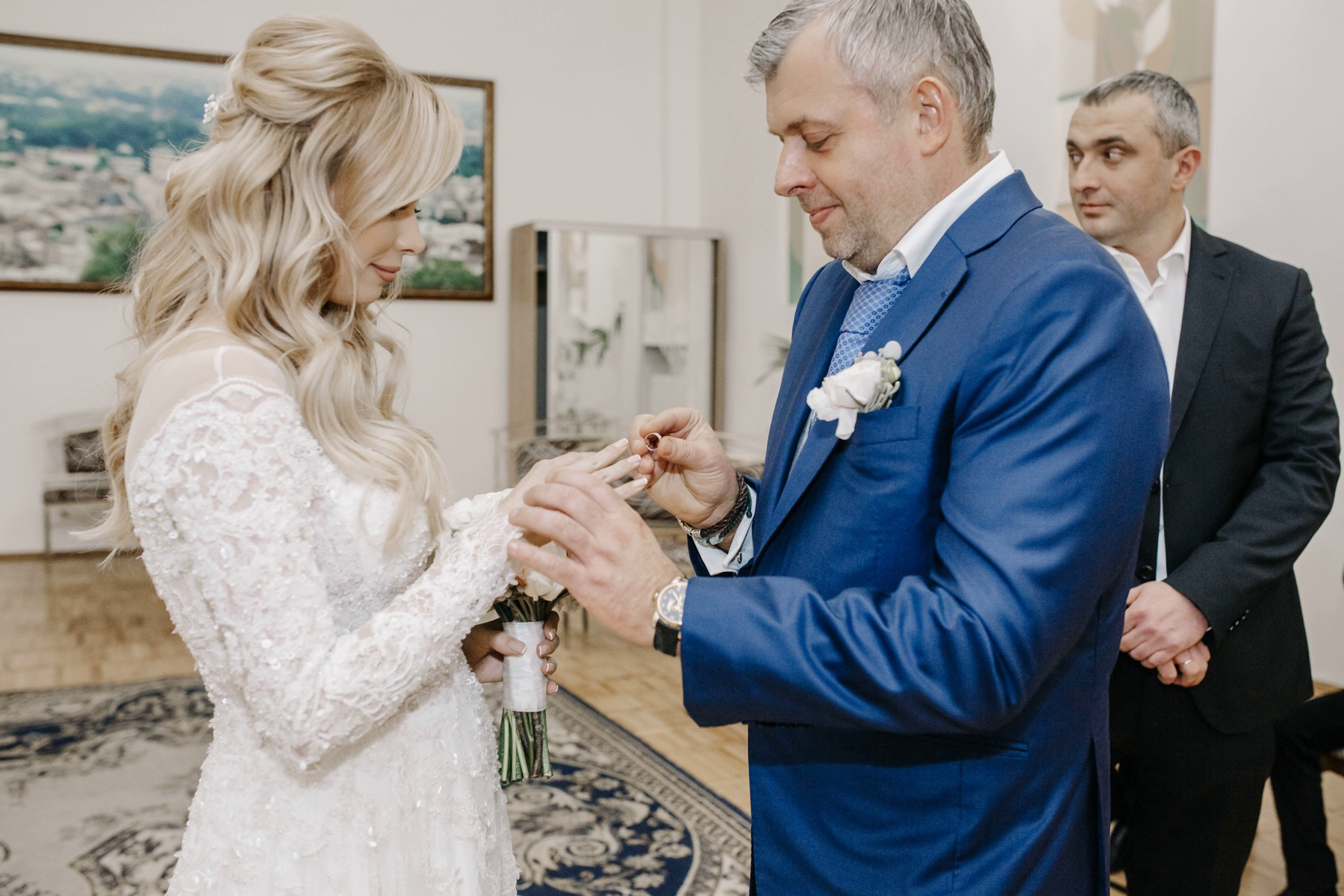 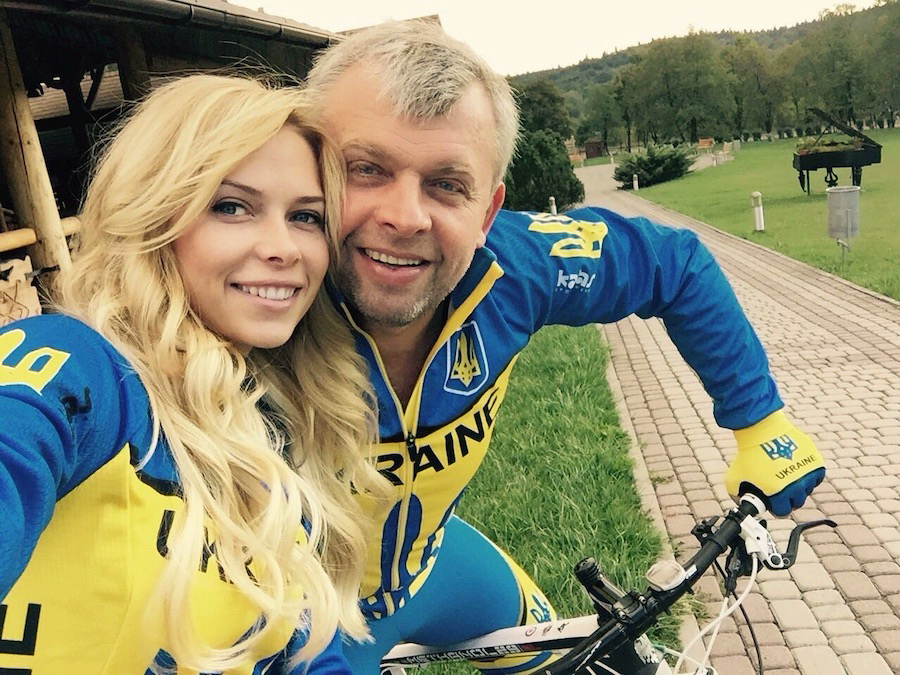 As Hryhoriy Kozlovskyy says, he and his wife have an agreement - he is not competing for the Parliament, and she doesn't participate in corporate parties as a singer 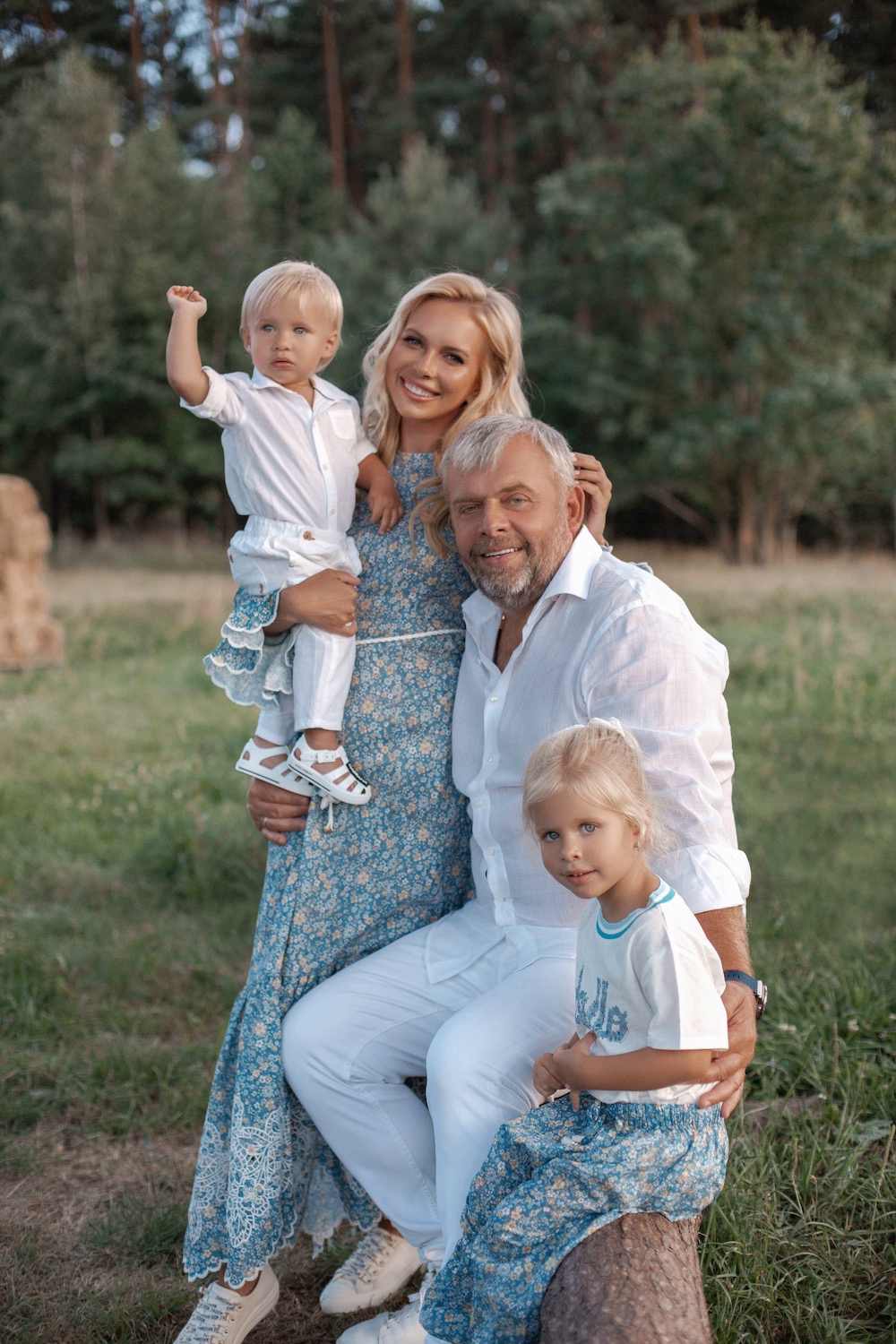 She is a famous Ukrainian singer. At one time she was nominated at the YUNA music competition in the Best Duet category (2015). Yulia together with Vitaly Kozlovsky performed the song "Mystery".

Hryhoriy and Yulia are raising a son Yarema and daughter Diana

The businessman has three more children from his first marriage: son Sviatoslav and daughters Juliana and Sofia.

The eldest son Sviatoslav is a professional soccer player. Since 2020 he is a forward of "Rukh". Previously played for Kharkiv Metalist.

Since childhood he has been playing soccer. It was his love of soccer that led him to take over the patronage of the adult and youth team of the club "Rukh". Hryhoriy Kozlovskyy is doing it with love for both the club and the game. Where else would you see the president of a soccer club playing in amateur championships? That is what drives the players of "Rukh" to be the best not only in the Lviv region (champion of the Lviv region in 2012-2015), but also in the Championship among amateur clubs (twice - silver and once - a gold medal).

His passion for soccer led Kozlovskyy to one more interesting project - the Football Academy. It was created on the basis of FC Rukh in Vynnyky. Hryhoriy  decided to invest in the soccer future not only of his club, but also of the whole country. 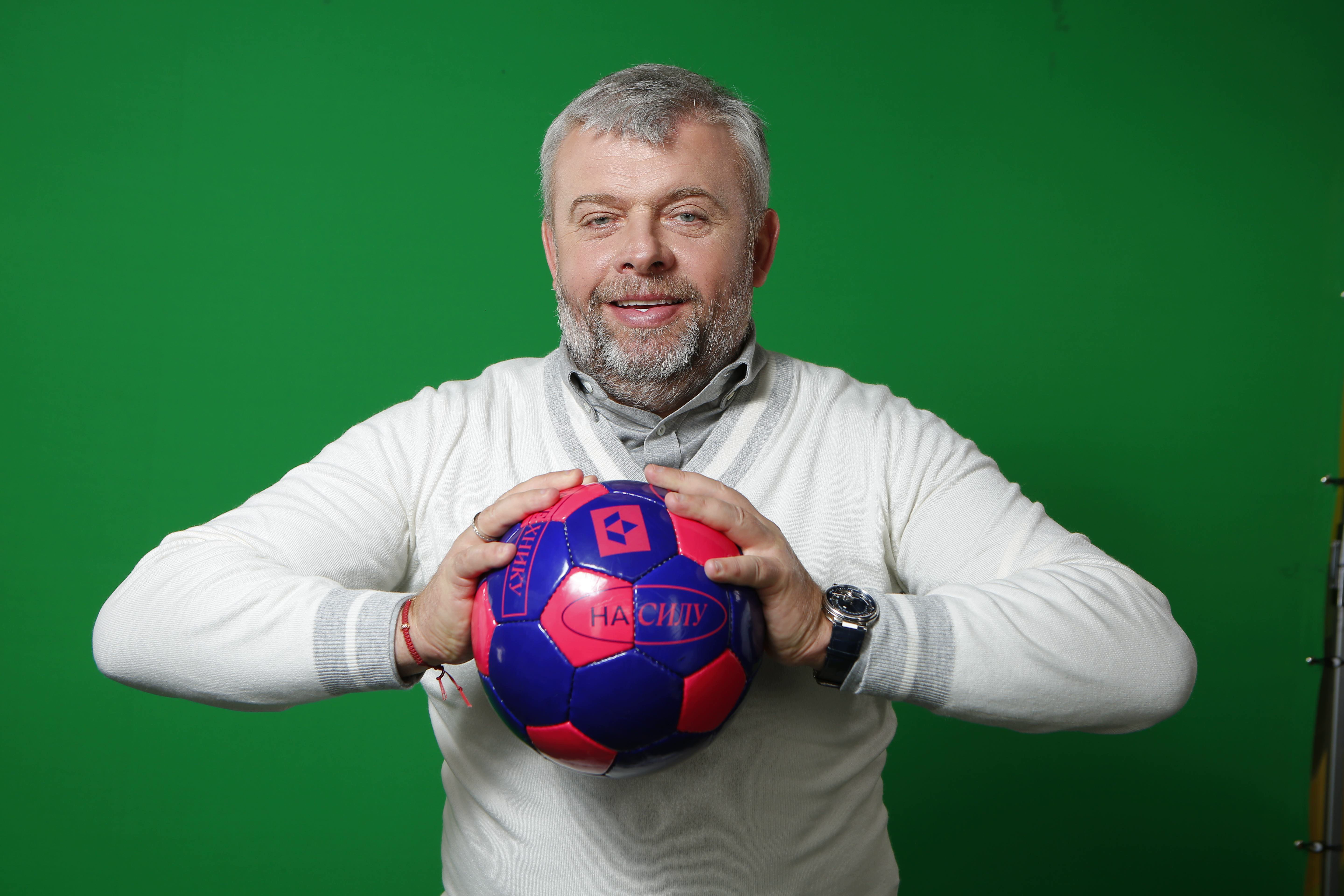 Those who were in Vynnyky saw the Football Academy, which had formed its first training groups on September 1 last year

However, the war prevented Kozlovskyy's dream from coming true. On February 24, the first day of Russia's invasion of Ukraine, the Academy hosted 350 trainees from different parts of the country - including the east and south. The shelling began there. And Hryhoriy decided to keep the Academy students in Vynnyky, taking full custody, providing them with housing and education. 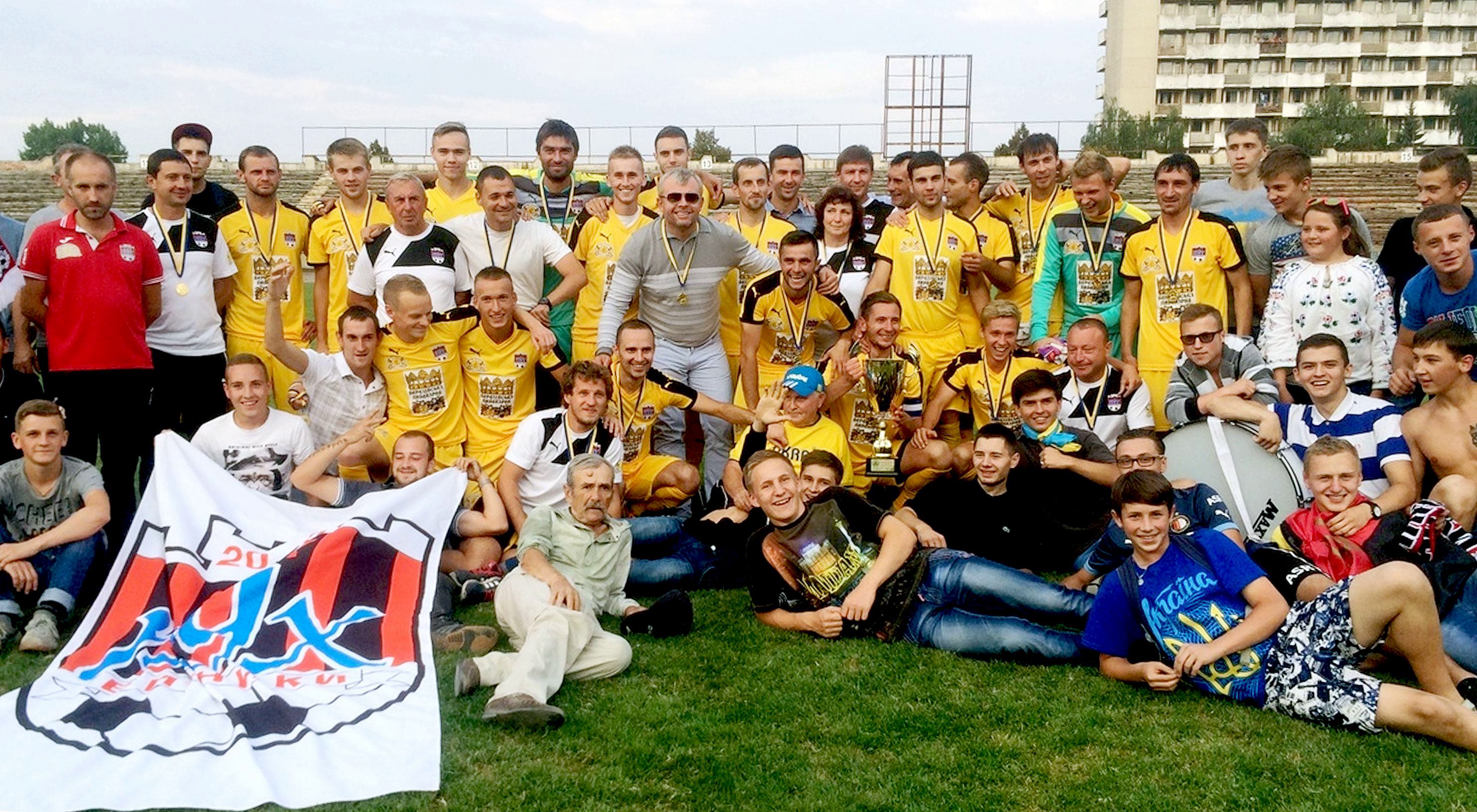 Hryhoriy Kozlovskyy, President of FC Rukh, together with the players of the team

Hryhoriy Kozlovskyy admits that it was scary when missiles fell near the stadium in the spring of 2022, during the next shelling of the Russians. And he says that in case the Russians decide to attack Western Ukraine, his players will take up weapons.

In addition to soccer, Kozlovskyy is also vice president of the Dynamo water polo club (Lviv). 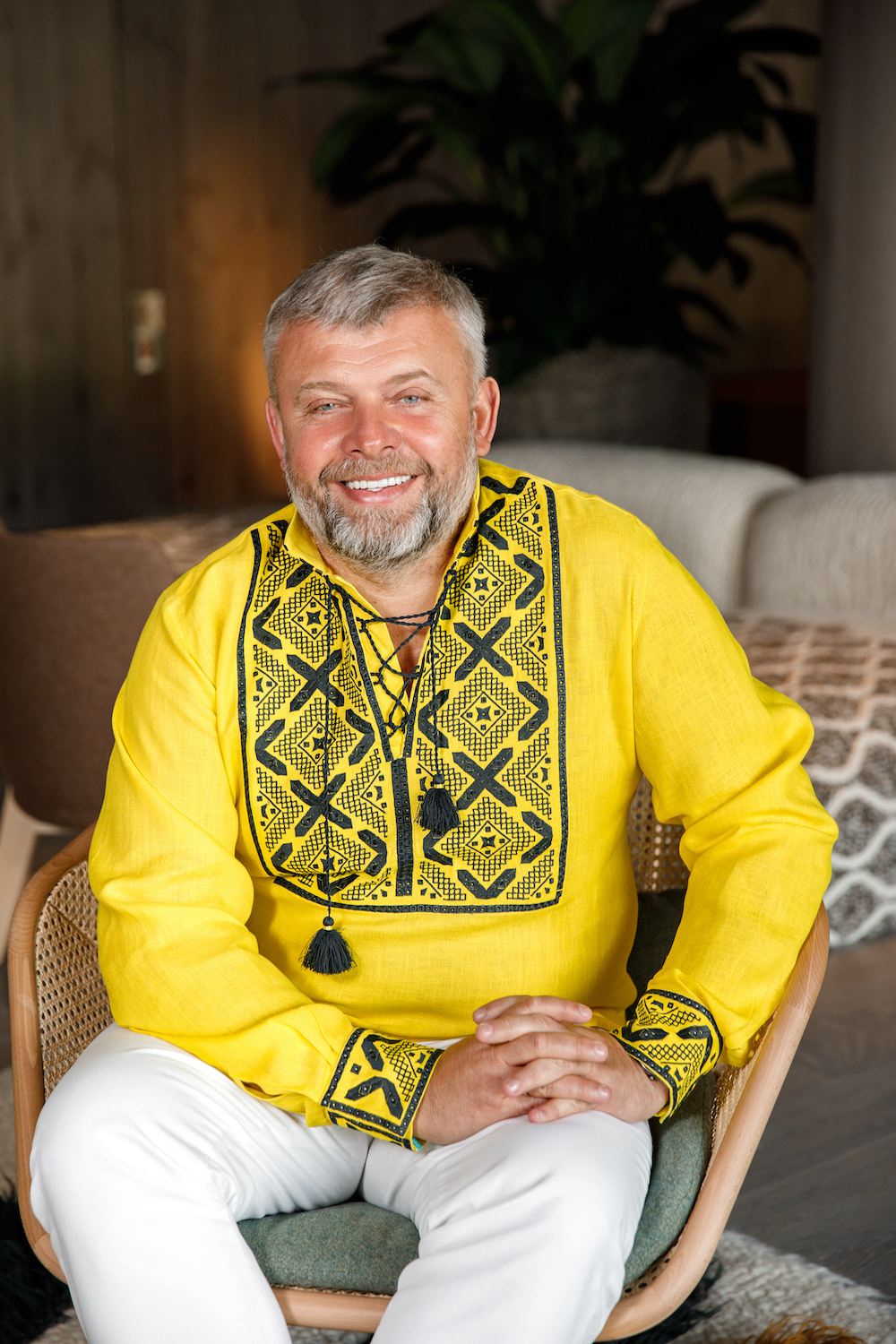 Kozlovskyy says the strength of Ukrainians is in unity

Hryhoriy Kozlovskyy believes that the strength of Ukrainians and Ukraine is in unity, because it will help win the war against Russia. Those who are against it, he says, are enemies who have no place in our land. 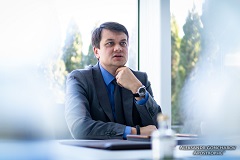